Our annual Gratitude Sale is on. Save 20% on all skincare and wellness products. Use code THANKS22 at the check out. Sale ends November 30th. 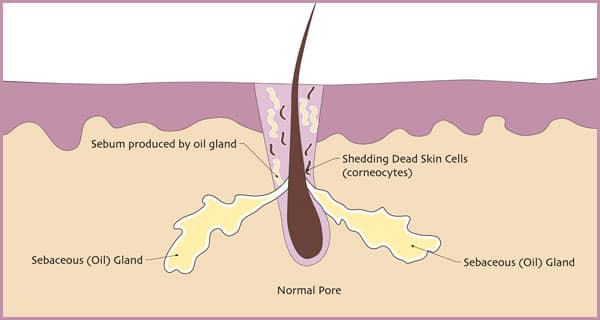 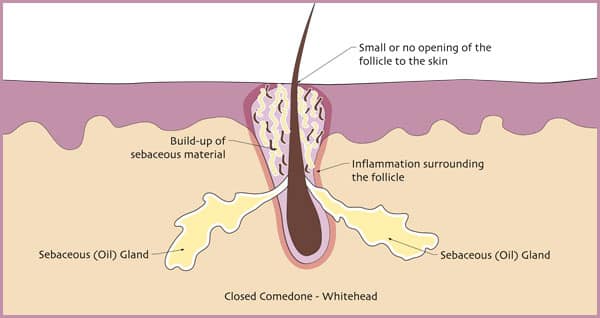 Some people don’t get inflamed lesions, which are often inherited. If the dead skin cells and the oil that form the plug don’t become inflamed, the plug becomes a whitehead–a non-inflamed lesion under the skin, also called a “closed comedone”. 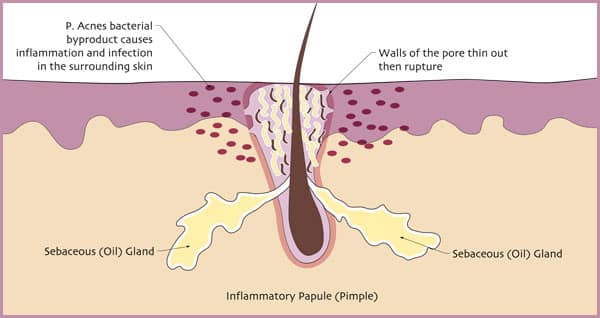 As the oil and the dead skin cells build up, they put pressure on the cells surrounding the pore. With enough pressure, the sides of the pore rupture and the contents of the pore leak into the surrounding skin. Because this sebaceous material contains a lot of P. acnes bacteria, the surrounding skin now becomes infected, creating a red bump that we know as a pimple. The medical term for this red bump is an inflammatory papule 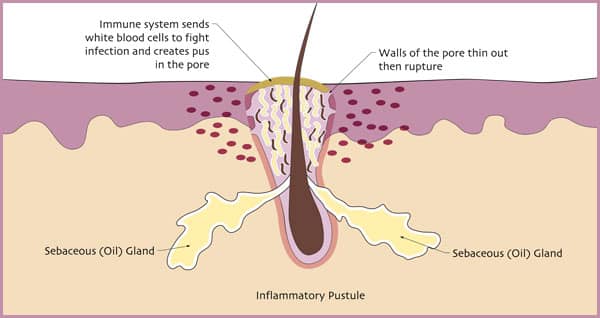 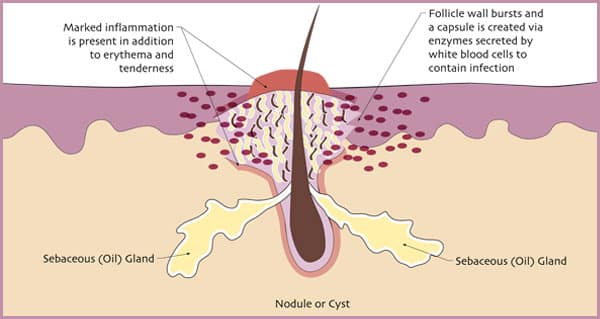 Now another, deeper inflamed lesion can form called a nodule. It is a solid dome-shaped lesion that extends below the surface, deep into the layers of the skin. Scarring is common with nodules and can sometimes leave an impaction behind, which can flare again and again. When a group of pustules cluster together under the skin, they form a cyst. An acne cyst can appear similar to a nodule, but is pus-filled, and can have a diameter of 5mm or more across. They are usually very painful and scarring is common with cysts.

So you see, acne is primarily an inherited dead skin cell problem. Most acne, no matter what form it takes, starts with microcomedones. This means the solution lies in products that penetrate the pore and prevent dead skin cells from building up. That’s why your home care routine is so crucial. It’s all about preventing the microcomedones (the beginning of acne) from forming at all.

All content and information on this website is for informational and educational purposes only and does not constitute medical advice. While we are licensed estheticians we are not physicians, nutritionists or registered dietitians. This is not a substitute for any professional advice. Always seek the advice of a physician or other qualified health provider with any questions you may have regarding a medical condition.
Results given in testimonials are from real customers who have used PoreInfusion products, however similar results are not guaranteed. Individual results may vary depending on skin type, sensitivity, age, and skincare history, as well as how the product is applied.
Envision Acne and Skin Care Center is not held liable or accepts any responsibility for any adverse reactions resulting directly or indirectly from the use of our products.
Contact your medical professional immediately if you suspect you have a medical emergency.

If you are currently working with another esthetic

This beautiful client struggled with her acne for

Do you have a friend who is addicted to pimple pat

🥵We have been overwhelmed and eternally gratefu

🤑 Last chance to Save 20% on your favorite skin

If you are currently working with another esthetic

This beautiful client struggled with her acne for

Do you have a friend who is addicted to pimple pat

🥵We have been overwhelmed and eternally gratefu

🤑 Last chance to Save 20% on your favorite skin 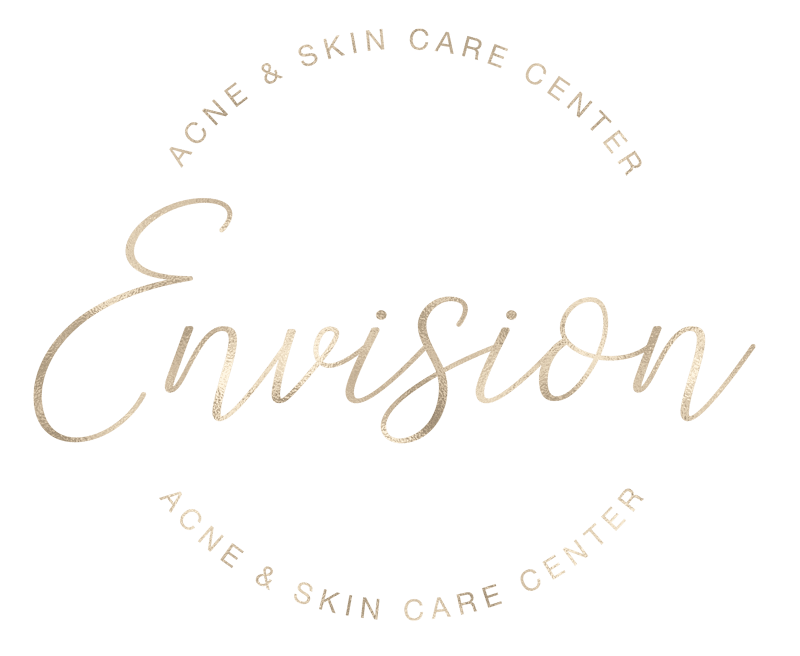 Enjoy 10% Off Your First Purchase!

Grab the code and save 10% for first time customers.